Lands End Marina was founded to provide a place where our family could conduct marina activities as diverse as building, selling and renting boats, building and selling boat equipment and renting apartments.

Lands End is located at the North End of Longboat Key, on the West Coast of Florida. It has been in existence since 1957 when my Mother and Father decided to turn our family beach house into a marina oriented business.

We built a large dock, made some wooden fishing skiffs for rent, built some rental apartments and a commercial store where we operated our business. By 1960 we had acquired some new Sunfish sailboats. The first ones were plywood and were called Sailfish. For 10 years we rented and maintained these sailboats and motorboats and added boats made of fiberglass to the fleet.

In 1968 my Father died and we closed the marina to the public. In 1968 one of my sisters married a Swedish man named Lars Bergstrom whose work was in the sailing field. He had a company in Sweden called "B&R Designs" that marketed a wind direction indicator for sailboats called "Windex" and also designed and built masts and did hydrodynamic and aerodynamic design work on sailboats. We used Lands End Marina to market these products and services and built masts for many sailboats.

We were involved in several successful sailboat racing projects and participated in several sailing campaigns that won World Ocean Racing championships. In the 1980s, I incorporated Lands End Marina, and I have used it as a base where I have operated several marine related businesses. 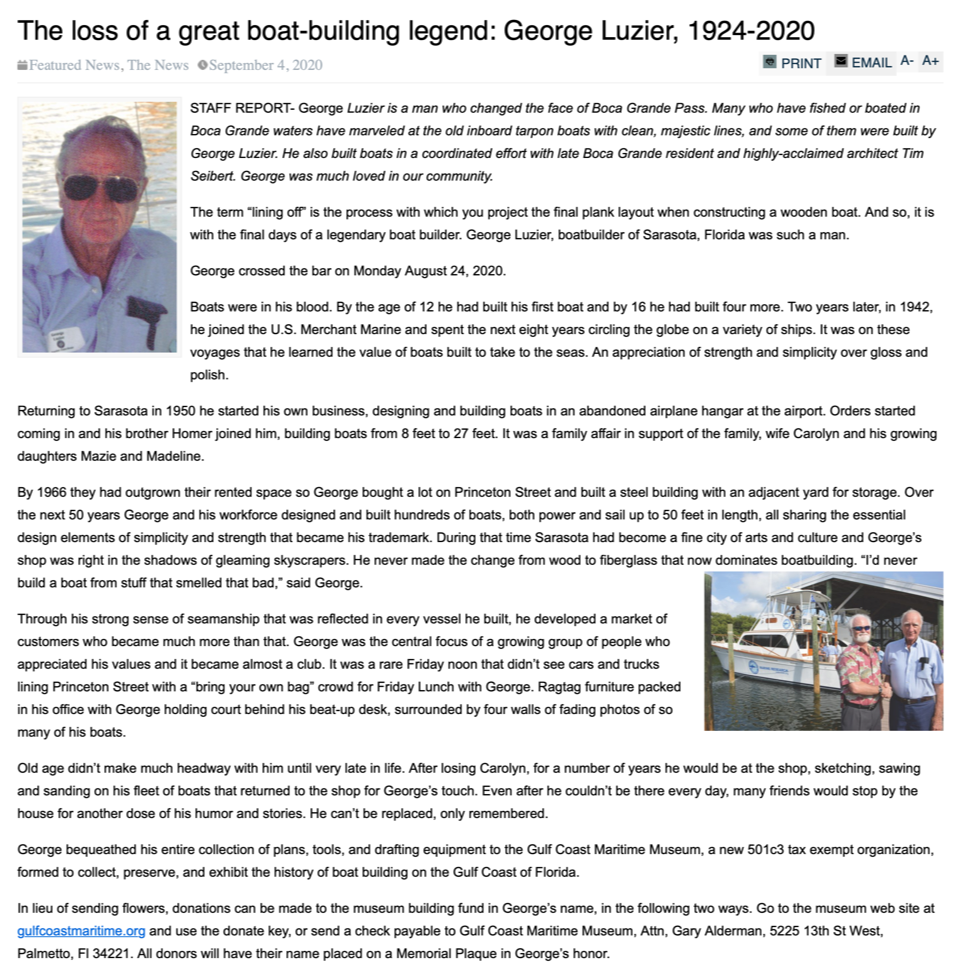 ​Meetings by appointment only.