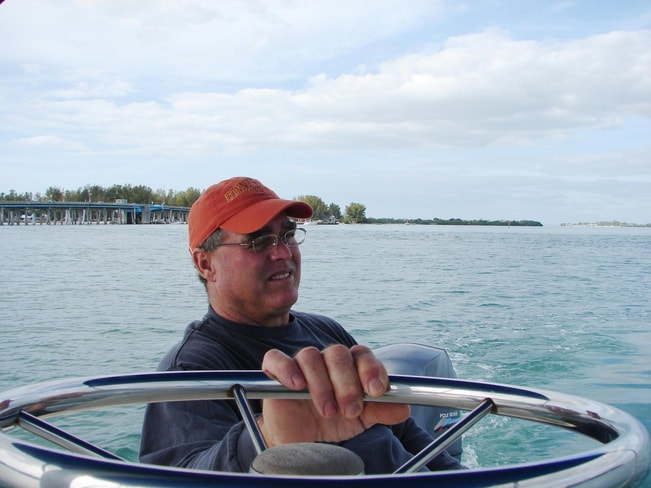 Tom Mayers was born in Tampa, on the West Coast of Florida in 1951. He grew up on the North End of Longboat Key on Longboat Key pass. His parents had a beach house that was converted to a marina in 1958, when he was 8 years old. This property had been in the family since about 1900 when his Great Great Uncle “Captain John Savarese”, who had the first passenger carrying boat that went from Tampa to Sarasota on a regular basis, bought the land.

Tom graduated from New College in Sarasota, Florida with a liberal arts degree in the area of Environmental Studies. In his early years Tom grew up at a marina where he worked maintaining and servicing boats. He got his Captains License at age 21 and worked as a charter captain and race boat captain for many years. He worked marketing sailboat equipment and built some boats both as cruising and racing boats. He has always been interested in how to make boating more fun and practical by design.