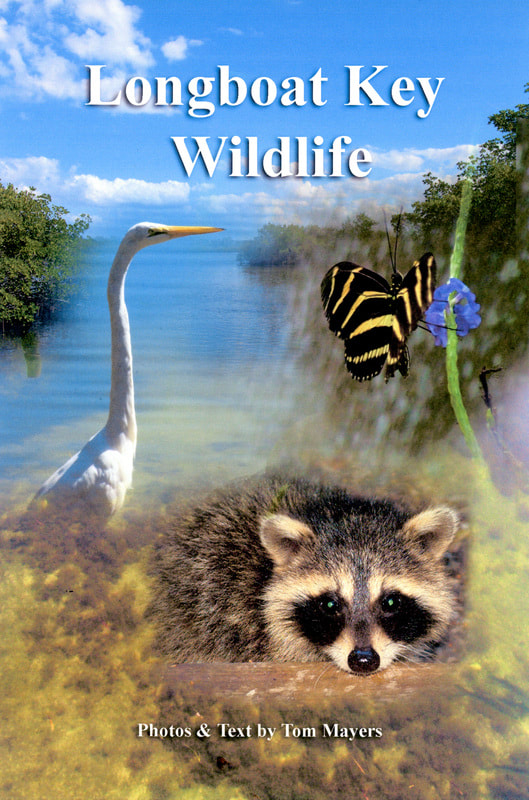 *** High resolution copies of images are available, upon request.***
The purpose of this website is partly philanthropic but at the same time it advertises the wildlife of Longboat Key as well as some of my related projects.  Many years ago a friend called me on the phone and said, "Do you want to see a lot of manatees?"  When I said yes, he said look out your front door.  We are lucky to live in a place with such a rich and accessible
natural environment.  Enjoy it and try to protect what we have left.

The idea for this website first came to me while I was president of the Longboat Key Historical Society.  During this period I gave many talks on the history of Longboat Key and it's wildlife.  One of the most common questions I would hear was: "What was Longboat Key vegetation and wildlife like before it was developed?"

In response to this question I would tell people that Longboat Key wildlife would have included any wildlife that one would find on the mainland of Sarasota and Bradenton.  As a result of habitat destruction and various other perturbations to habitat(s) certain animals have become extinct on Longboat Key, and others have become endangered on the island.

Most of the animals would have been roughly grouped into some basic vegetation and habitat types, including:
Beaches
Pine Flatwoods
Oak Forests
Cedar Forests
Historic Dunes
Mangrove Swamps
Saltwater
​
Each area would typically be inhabited by a particular type of wildlife, while this was not exclusive, most animals have a preferred living area or environment.  For example: Rattlesnakes tend to live with gopher tortoises in areas with Pine Flatwoods and historic dunes, which are dry and xeric.  It would be unusual to find rattlesnakes or gopher tortoises in mangrove or saltwater environments.  There are many exceptions to this rule and among them would be habitat destruction and storm events.  Rattlesnakes are good swimmers and often swim from island to island in cases of stress, like fires.  I have had people tell me about finding a gopher tortoise swimming 10 miles out in the Gulf.﻿﻿  During lower tides sandbars did allow for animals to go back and forth between the islands and the mainland.  After the channels were dredged for boat traffic these bridges to the mainland for animals were broken.  We can predict that crocodiles, alligators, black bears, deer, Florida panthers, coyotes, fox, and bobcats would have been common residents of our barrier islands.  Early humans both Native American and European helped to make these animals extinct before recent history.
1/22/17 - Bird invasion in front of storm and cold weather front. 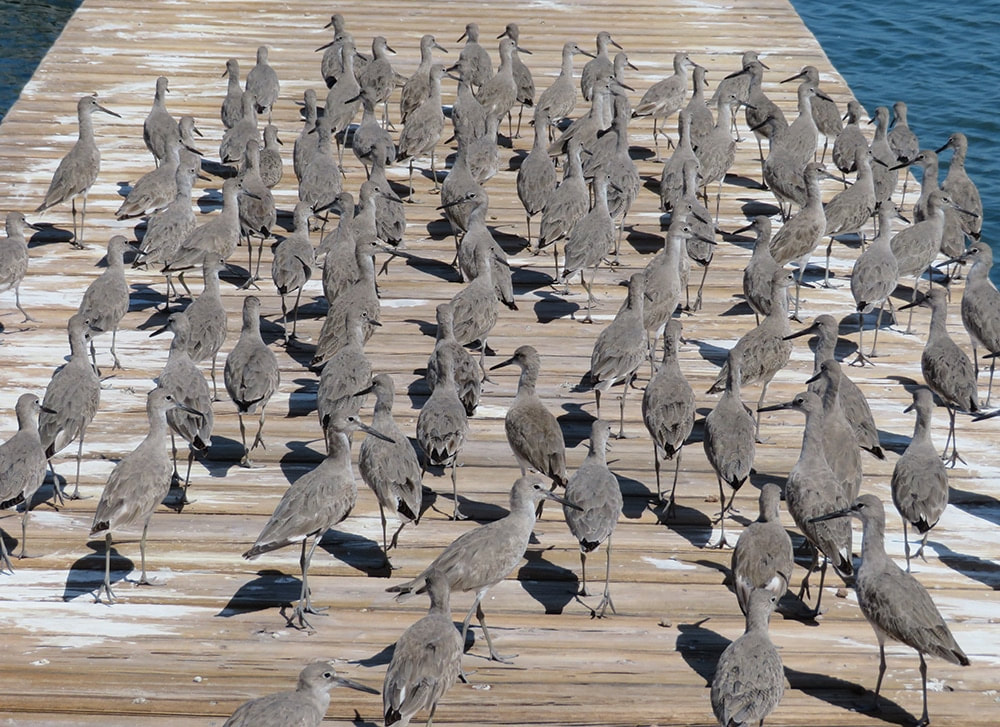 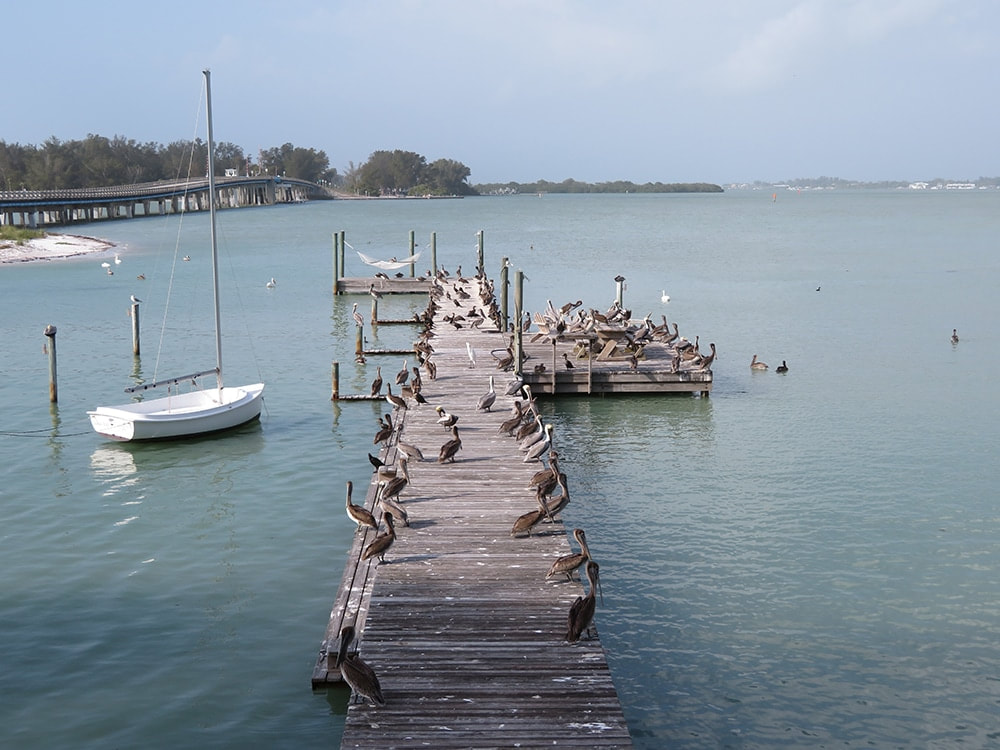 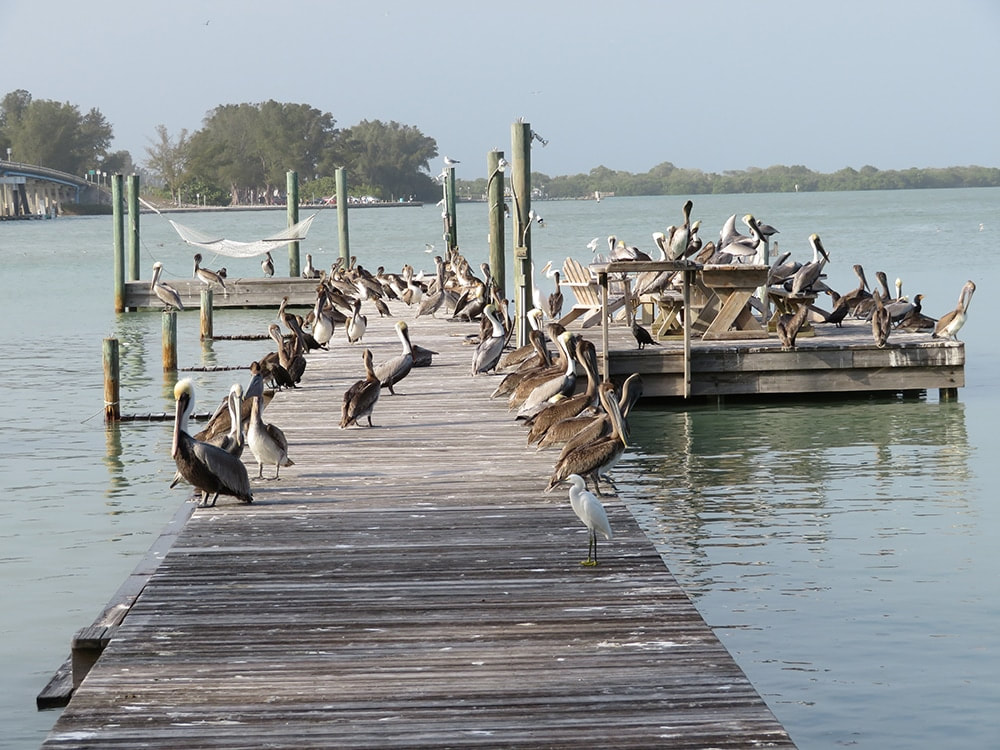 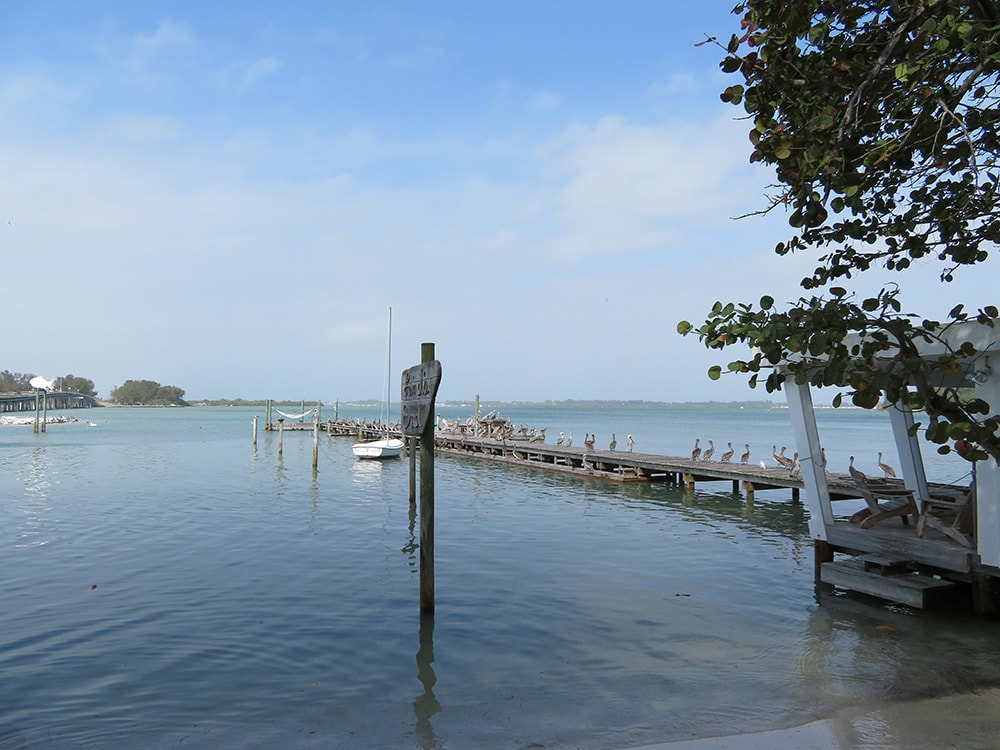 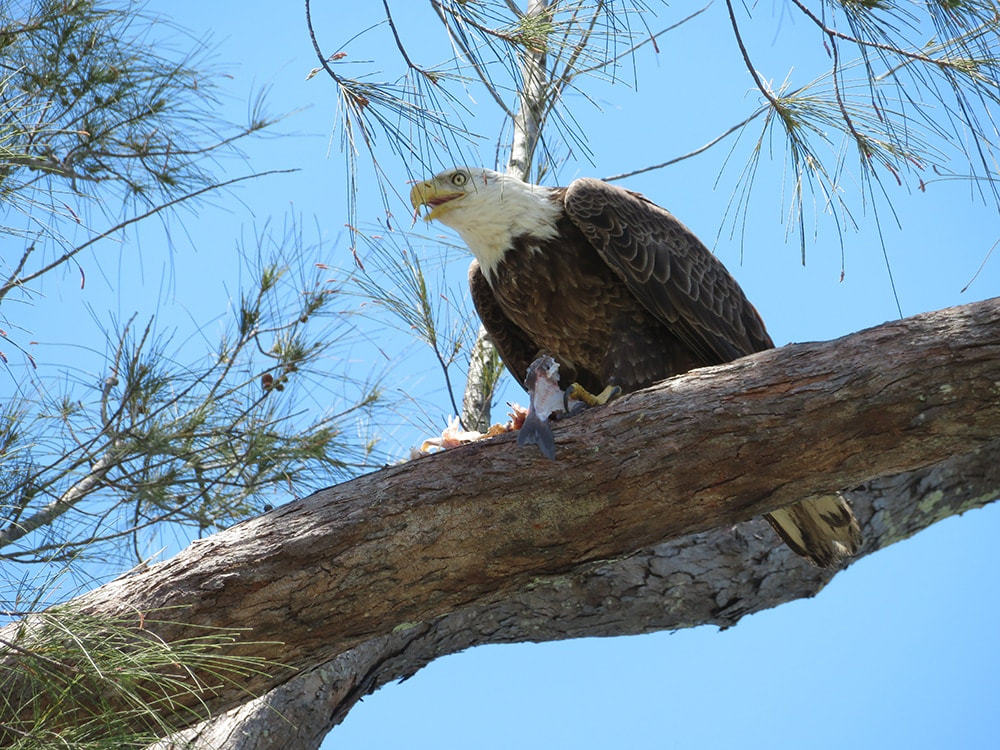 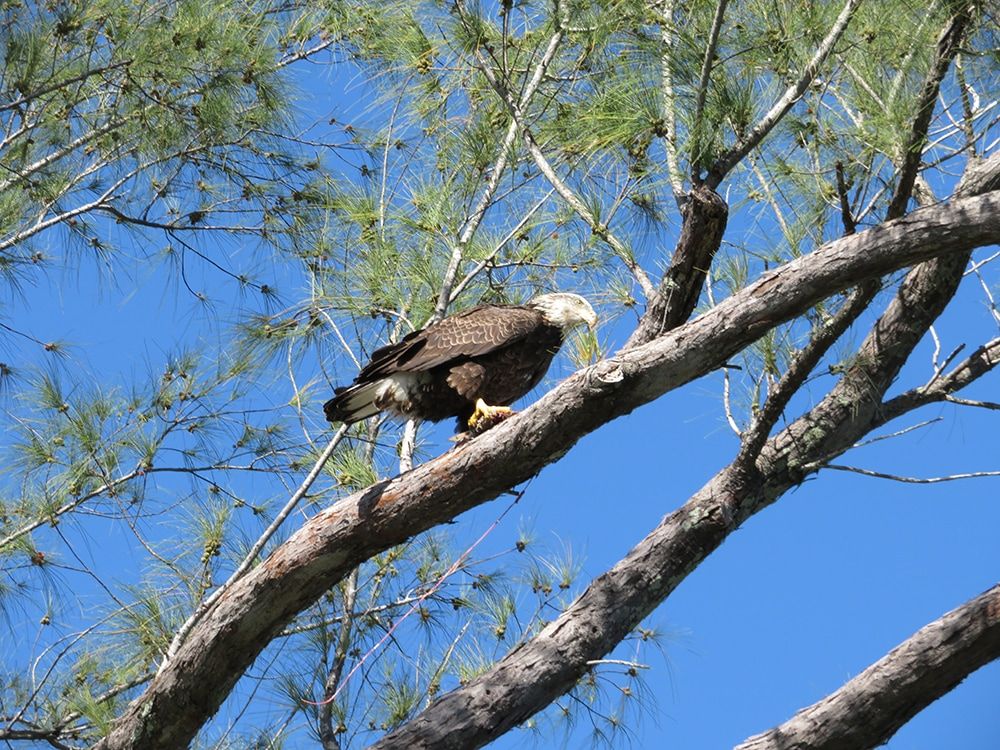 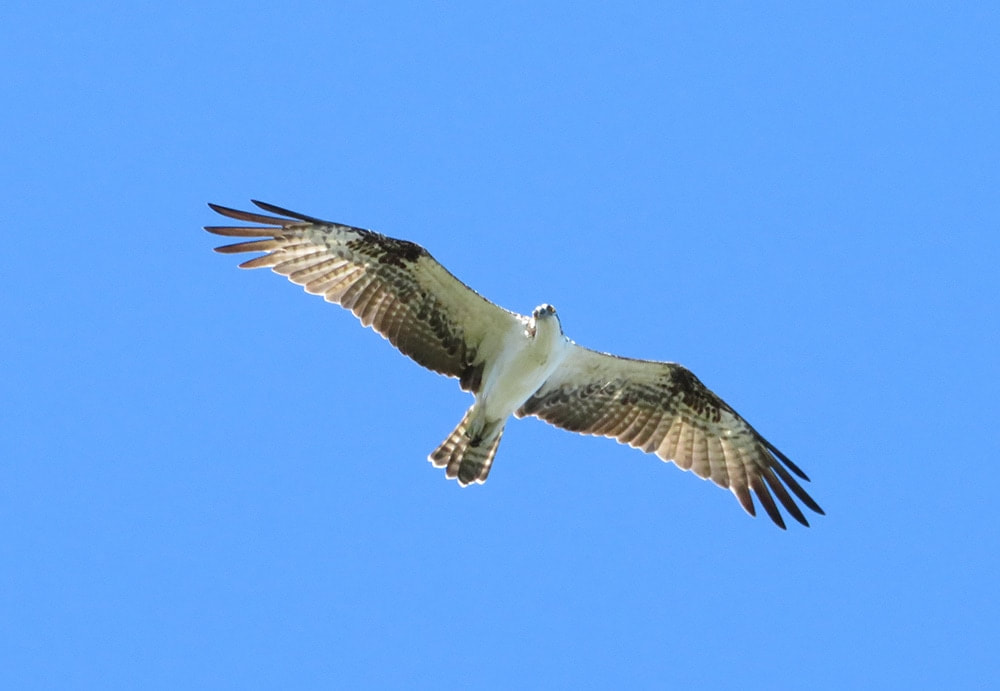 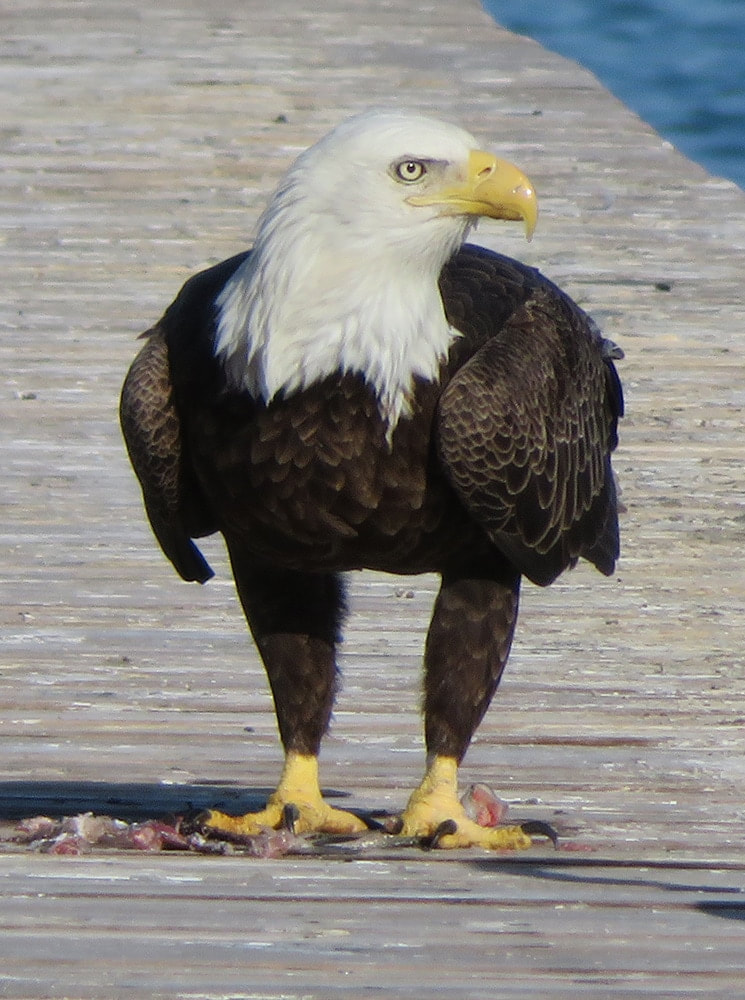 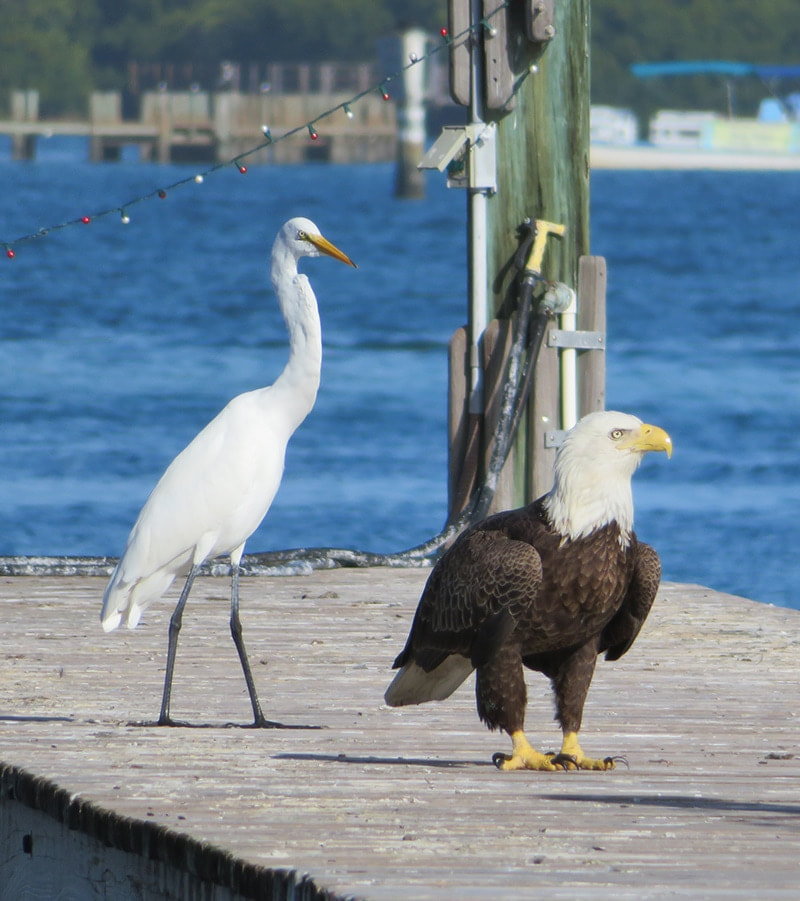 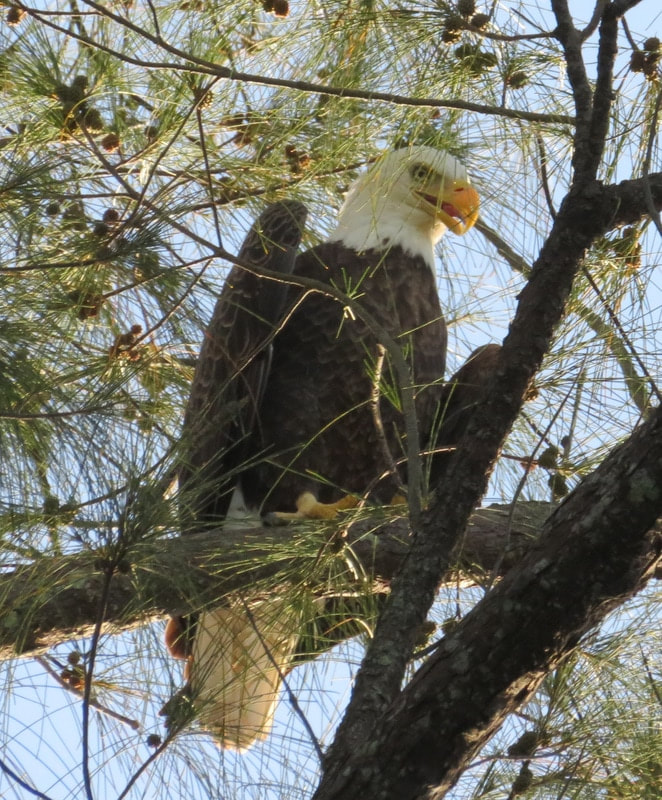 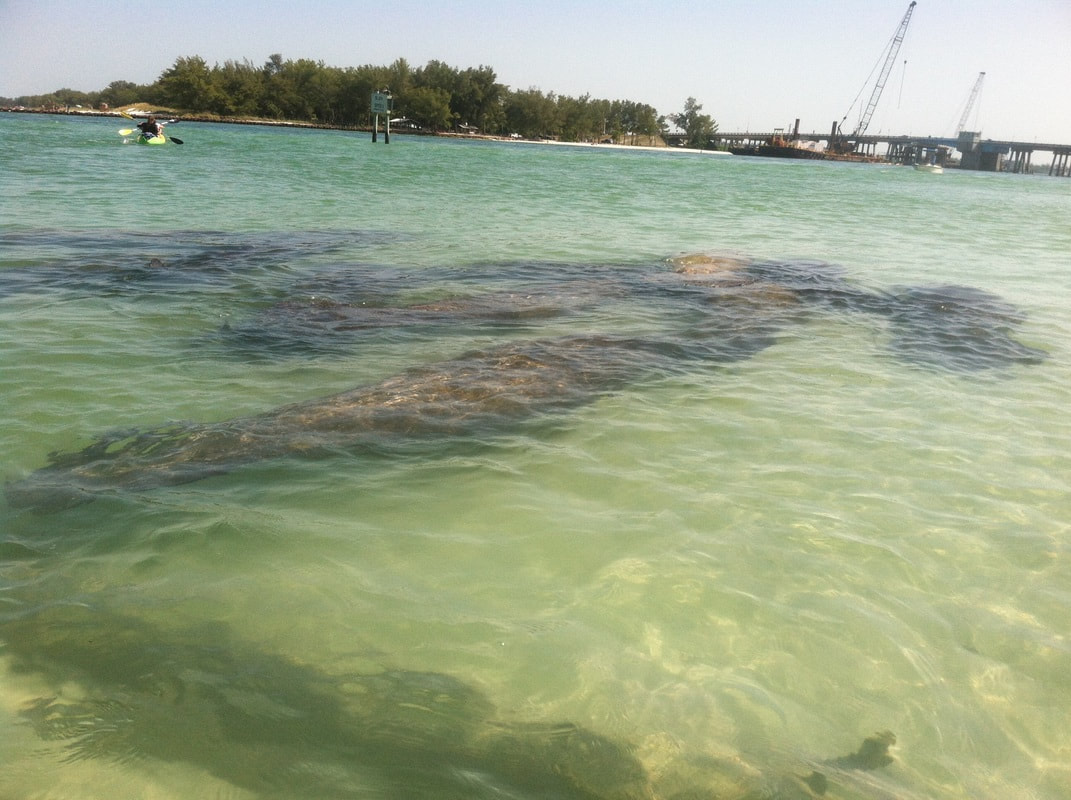